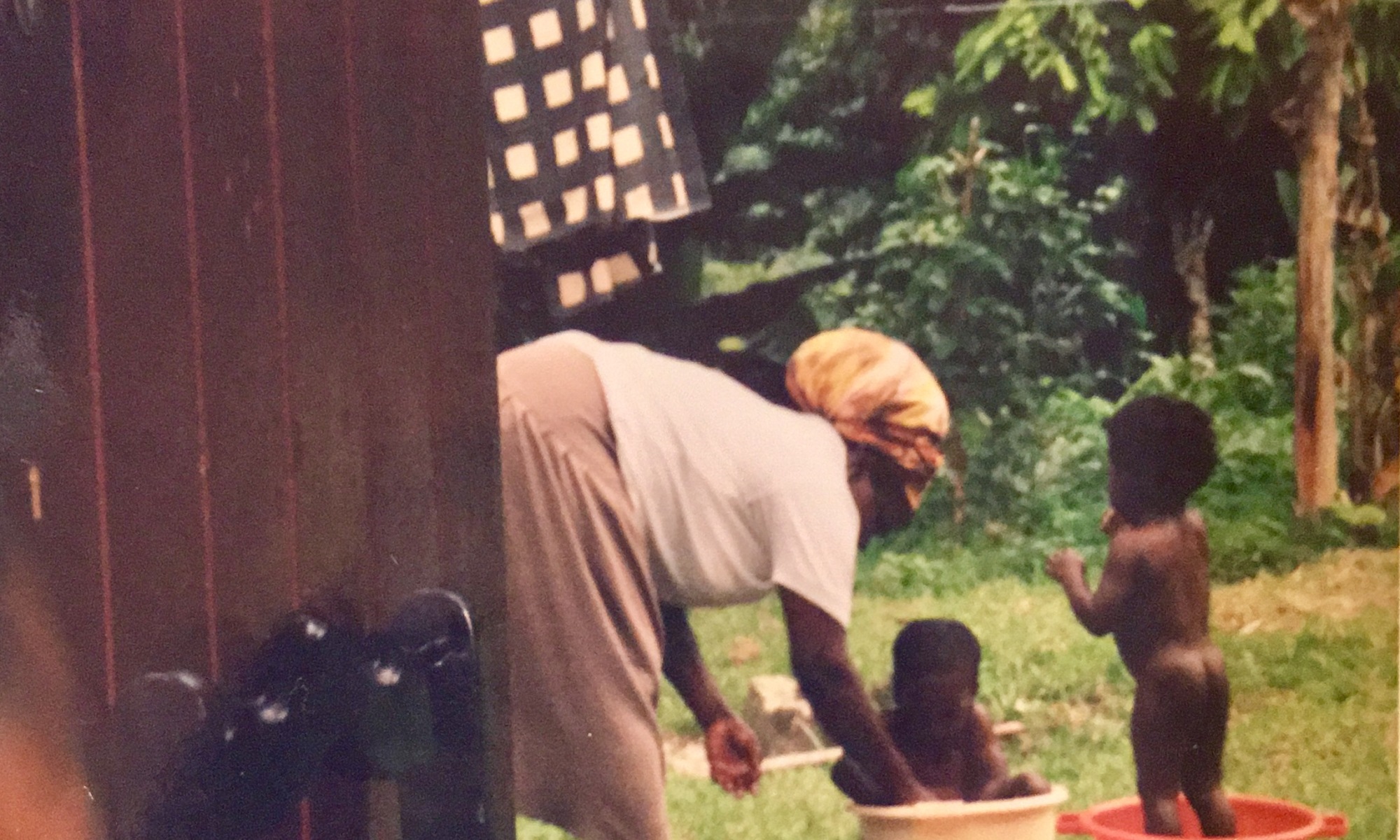 Thanksgiving is approaching, and naturally I’m thinking about the power of gratitude. Brené Brown studied happiness in more than 1,000 people over a course of twelve years. She found that every one of her subjects experienced joy as a direct result of feeling grateful. At first, this seems counter-intuitive– after all, shouldn’t joy come first, then gratitude? Dr. Brown found that it’s actually the reverse: practicing gratitude is a necessary precursor for experiencing joy.

I first discovered the power of gratitude during my twenties, when I lived in Jamaica for six months. I was not feeling very thankful at the time, as the home I stayed in was tiny, and the couple that housed me were up in age. My steady diet of chicken and rice had me all plugged up. Mr. and Mrs. Groves peed in a bucket next to their bed at night, and the smell would waft into my room through the large crack in the wall. Even in the world of dancehall reggae, I was required to keep to their strict curfew. I would lie in bed smelling their urine. I was also recently groped on a crowded city bus in the capital of Jamaica, Kingston, by a hand that came out of nowhere. I couldn’t let go of my backpack on my front, for fear of being robbed. I couldn’t let go of the bar I held on to, for fear of being thrown by the herky-jerky bus. I had to stand there with the protruding hand up my crotch until I could get off at the next bus stop.

One day I met a Rastafarian elder and lamented to him about my current situation. Rather than taking pity on me, the Rasta man suggested that I try giving thanks instead. I looked at this thin man in his torn, worn clothing, and long, grey-haired dreadlocks. Despite his stained teeth, he wore a big toothy grin. He seemed very pleased with himself. I wondered how it was possible that this humble man could be more thankful than I, a young, privileged American. And then I felt ashamed.

Noting my confusion, he invited me to come “siddung and reason a lickle bit”. He was not disappointed in my privileged self-pity. Instead, he proceeded to tell me that he had no money, no family, no house. Yet despite his lot, he gave thanks every day. “Life is the greatest gift,” he said.

The Rasta man seemed genuinely content, and the smile lingered in his eyes and the upturned corners of his mouth. I wondered how a man who had nothing but memories could be so grateful. It was as if gratitude alone determined his happy disposition.

The importance of expressing thanks, or gratitude, was a common, refrain I heard from many Rastafarians while living in Jamaica. It amazed me how people with so few worldly possessions, for whom daily life was a struggle of survival, could find so much to be thankful for.

Fast forward twenty years, my daughter spilled her juice all over the floor for the umpteenth time– a big sticky mess, and I had just cleaned!

I thought of that Rastafarian who owned little more than the shirt on his back. Give thanks, give thanks, I reminded myself as I cleaned up my daughter’s mess. Life is the greatest gift…

I had a kitchen that could be cleaned, I had cleaning products, and we could afford juice. Pretty soon my dining table and floor were even cleaner than before the spill. And because I didn’t scold my daughter, her tears dried up quickly.

A few minutes later I heard her outside, singing joyfully to the mountains, and I gave thanks that I had a daughter who holds a mirror up to myself and in turn makes me a better person.

With gratitude, I was already feeling more joyful.